How I Live Now by Meg Rosoff

A title both recommended to me by about 5 different children's literature students, as well as a suggested read on NoveList for White Darkness, and being a Printz Award winner,  it seems about time that I actually read How I Live Now. Daisy is sent to England to live with her aunt and cousins after her father remarries. Daisy's new step-mother prefers life without her . In England, Daisy meets her deceased mother's sister and her children, all who willingly welcome her into their home, their farm and their life. At the same time as the world threatens to go to War, Daisy finds herself falling in love with her cousin Edmond. ( I know, I know. I couldn't help but drawing parallels to Edward either, though only slight ones; Edmond is after all fourteen years old, British, and most importantly, not undead.) After Aunt Penn is stranded away from the children and the farm due to the outbreak of war, Daisy and her cousins are left to themselves to survive.

Breathless. That is the word that best describes this novel. Daisy narrative--it is in first person--is breathless. She tells her story in long-winded, run-on sentences, that feel almost stream-of-consciousness. She relays her story in language that a fifteen-year-old would use when telling a long story. A random example of this breathless narrative:

"Anyway there were lots of potatoes because in order to get to the barn you had to walk along an entire field planted with potatoes and though the army guys living at our house had obviously noticed this too, there are still only so many potatoes a small platoon of hungry sequesters can eat in a month especially without any of the essential ingredients for mashed, French fried or potato salad. In other words, we still had a bout nine-tenths of a field left to eat" (pg. 156).

Daisy's voice is so distinct; you can almost hear her explaining her reasoning, following her train of thought and steering herself back to the point of the narrative.

The voice and narration add levity to a rather dire situation. Five children and teenagers are left alone in a war torn country, separated from their guardian, and each other. Daisy's and Edmond's taboo love affair, that includes teenage sex, is woven into the narration and often takes on more importance than the reality of the war. Indeed in the first few weeks of the war, the children feel invigorated; they are alloted a freedom that dis-includes adults. Their microcosm allows them to feel detached from the greater problems of their country and the world. Through Daisy's eyes, we can see into the adolescent's world: the immediate, the controllable and the relationships.

There is one passage that I find particularly poignant on pages 103 to 105. It details, in Daisy's breathless voice, the careless murder of a fellow worker at the hands of the Enemy. This section would be ideal to read dramatically to gain young readers' interest in this novel. 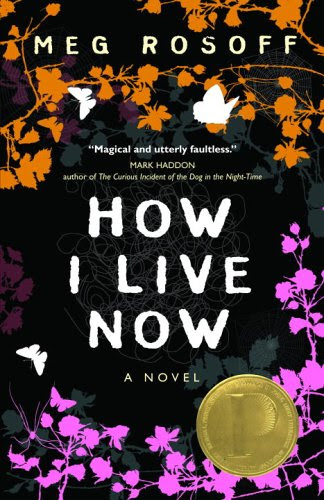